Before I get started on today's post, let me take this opportunity tell you that I am now on Instagram under "Colonel O'Truth's Miniatures" for those of you who would like to follow me. I shall be posting lots of pretty pictures on a regular basis!

I hope to see you there.

Anyway, on with the Stargate project!


At last, several days later than I planned, my steam powered Stargate is complete! And I'm very happy with it, I must say!

When last I spoke at you, I had completed the main elements of the layout and was moving on to the finer details and smaller parts.

The first of these was the banister rail for the stairs. These I made from brass rod, with loops of plastic tube to connect to the uprights I'd already attached to the stairs. This was a relatively simple task but it really made all the difference when it was done!


The stairs done, I turned my attention to the control mechanisms. I admit, I had been putting these off as I really wasn't sure about the design I'd begun. No sooner had I started painting them than I realised they just looked a bit boring. And then it hit me...

"Magnets!" I shouted, scaring the cat. And lo, it came to pass.

I fashioned a couple of magnets in the same style as the ones I made for the Faraday Galvanic Field Gun, oh so many years ago! This also gave me the chance to add more rivets!

As I mentioned in my last post, I also wanted to add a coal bunker, and I wasn't happy with the base for the model, so I cut and detailed a new base from yet another discarded old vinyl record and a sheet of 5mm foamcore.


The coal bunker was really quick to make from a few off-cuts of plastic board, some scrunched up tissue paper covered with glue and gravel and lots of rivets, of course! I also had tremendous fun making a teeny tiny shovel to finish off the scene.


Unfortunately, there was also a little bit of remedial work required. I had glued the Mysterious Shimmery Portal Bit into the gate with superglue, which had slightly frosted the acetate sheet with fumes. This would not have been too bad, but the accidental frosting allowed the ink wash on the green paint to bleed into the MSPB. Ugly. So I made a fresh MSPB, cut out the old one and replaced it using blobs of PVA. This is fine as it only needs to hold the (very light) acetate in place.


And suddenly, I was ready to put it all together!


Once the main pieces were glued down, I added more guitar-string cables, along with some brackets I'd made to secure the cables to the ground. (Four rivets each! Adds up quickly!)


Et, Voila! Who knew making a doorway between the stars was so simple?

Final Rivet Count for this beauty:

So with that all done, here are lots of nice pictures for your enjoyment! See you soon for my next creation, and of course the return of Lord Smudgington Smythely-Smythe's Hydraulically Motorvated Sextupedal Land-Traversing Vacational Domicile! 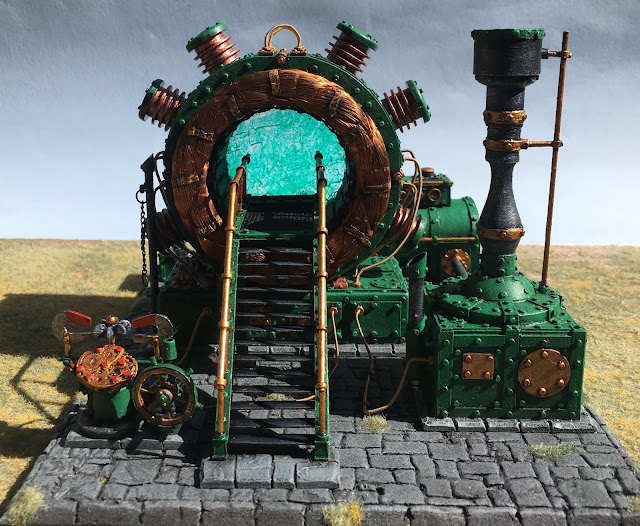 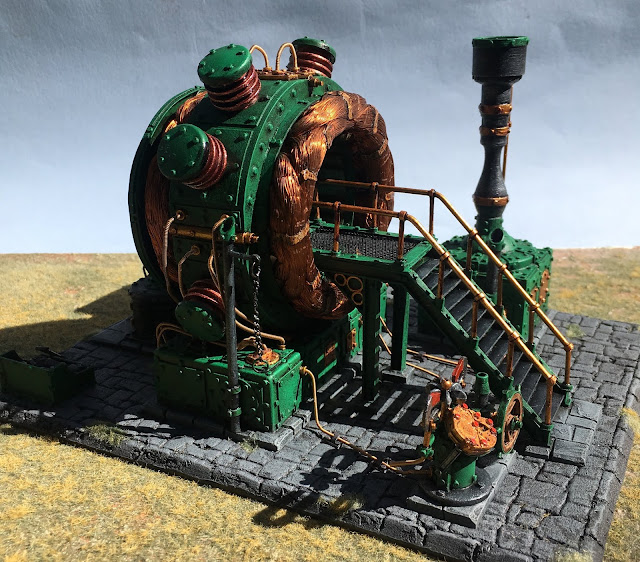 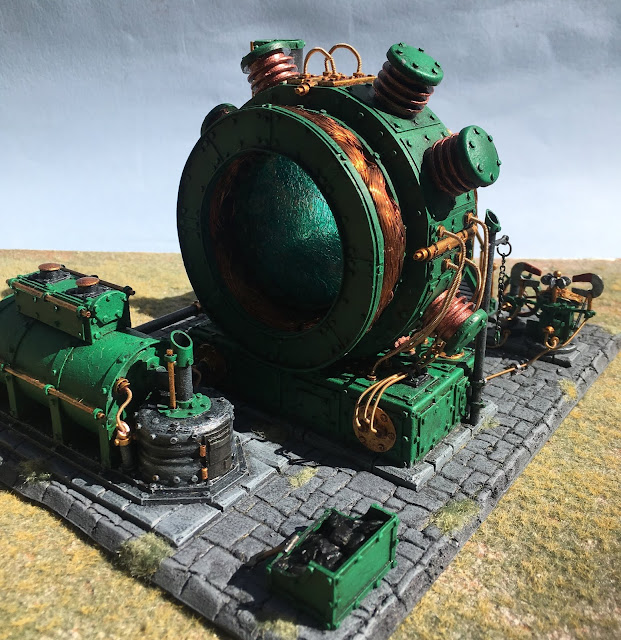 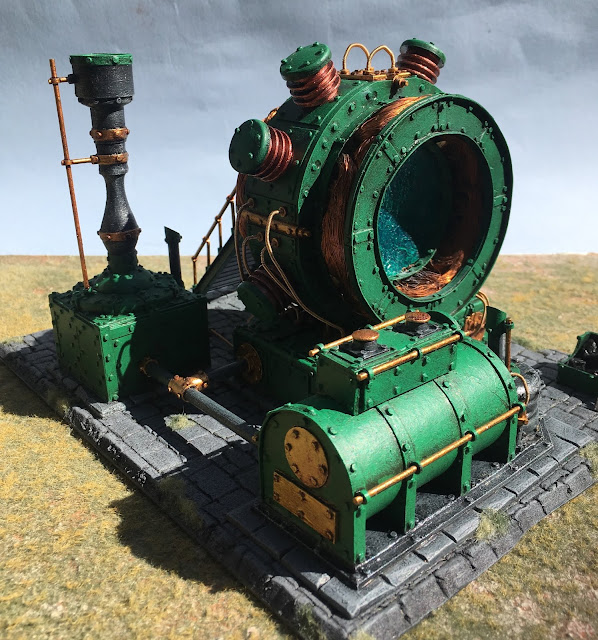 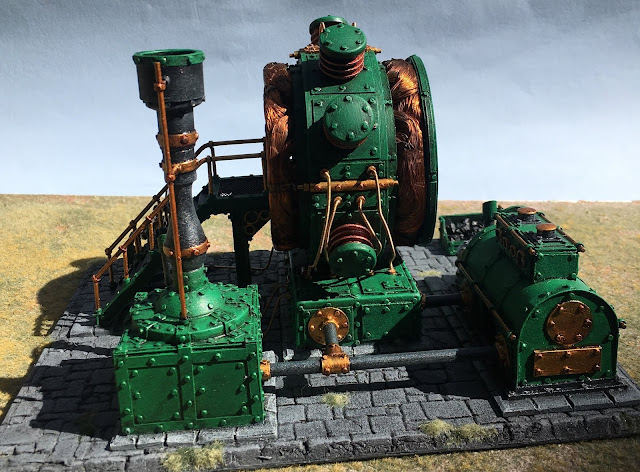 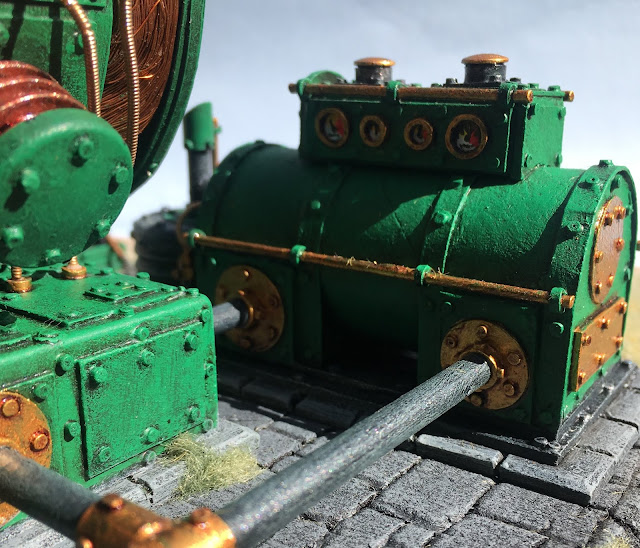 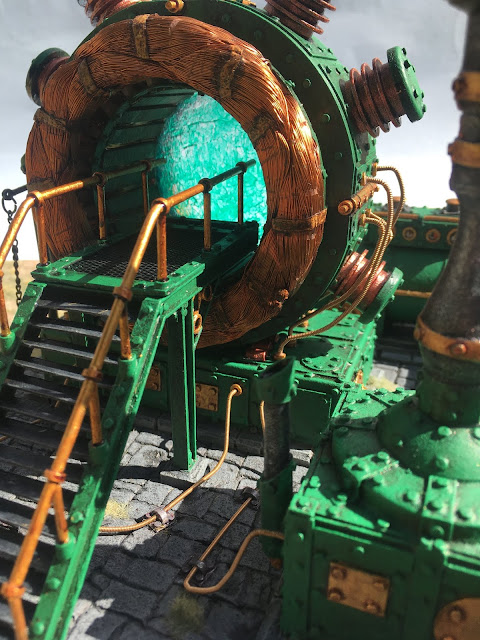 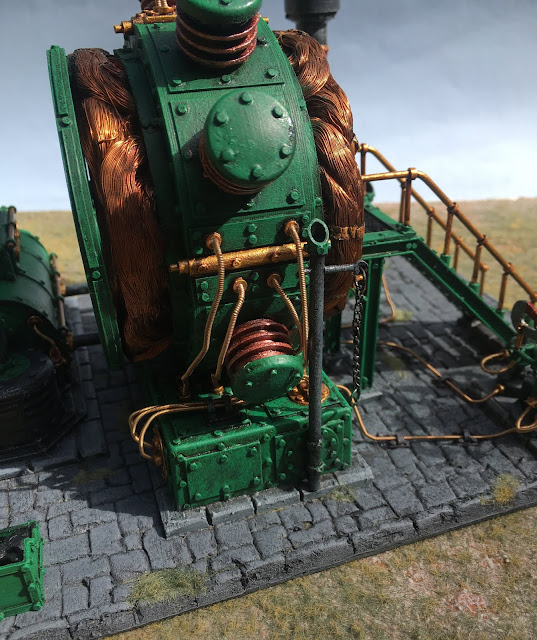 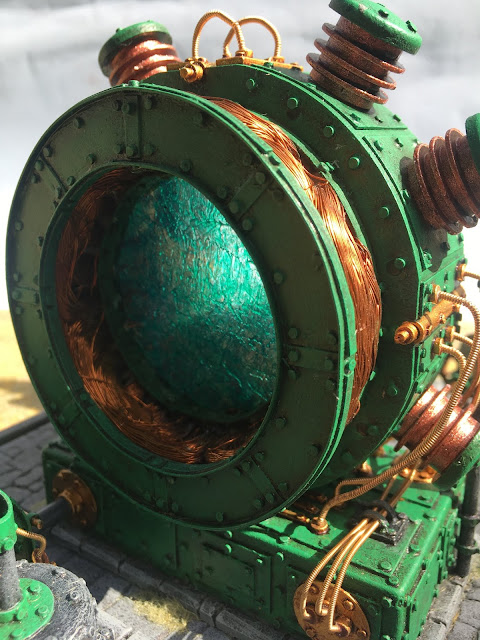 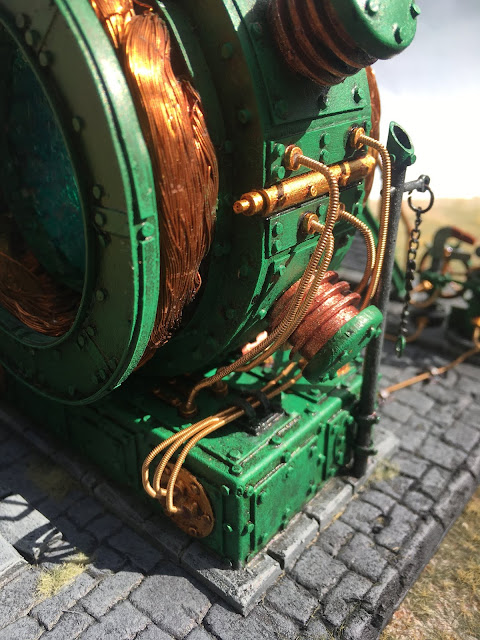 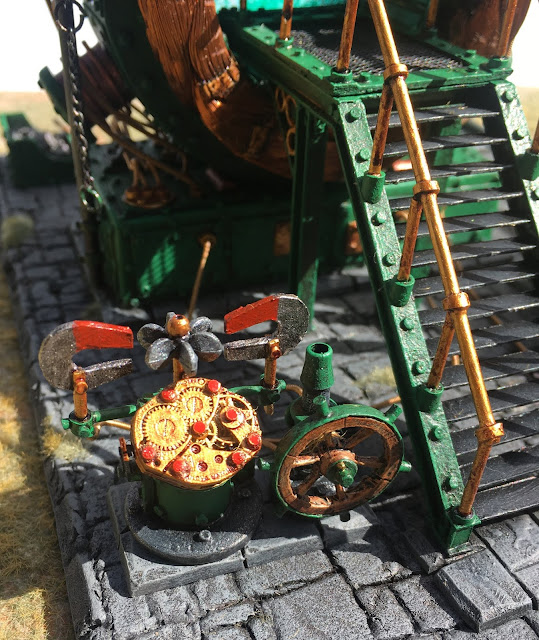 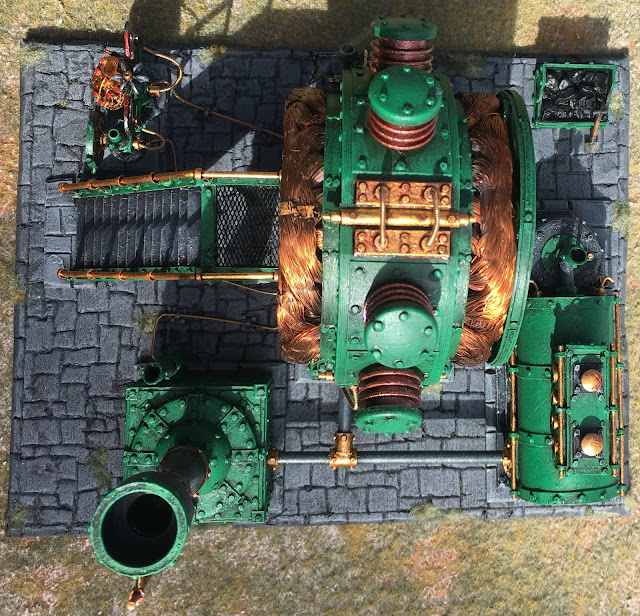 All the Best!
Posted by Colonel O'Truth at Wednesday, January 16, 2019