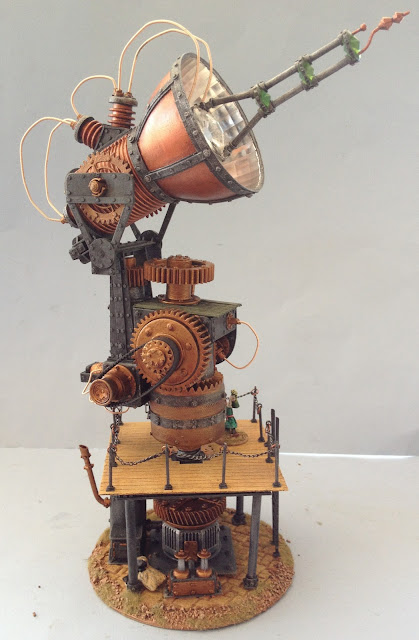 The Death Ray of Doom took shape very quickly, over three days of feverish inspiration! I wanted a piece of machinery that could serve as a plot-device or objective in VSF games and I've always liked the idea of forces struggling to gain posession of a gigantic gun... 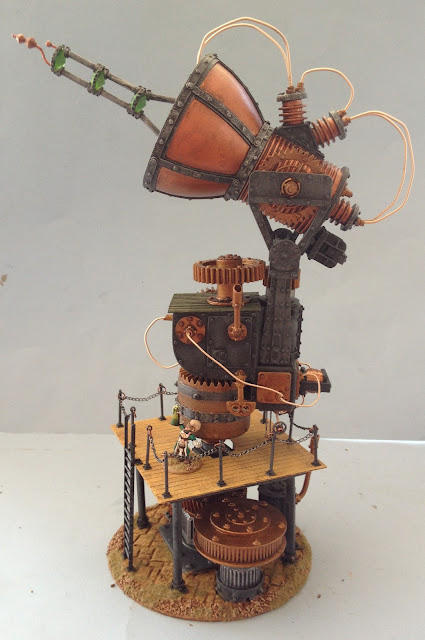 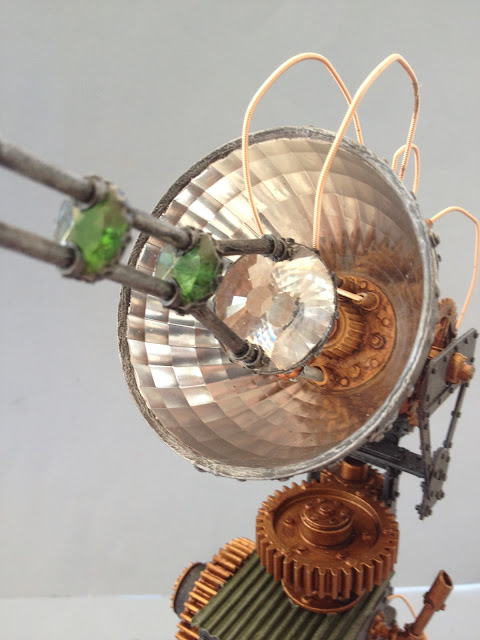 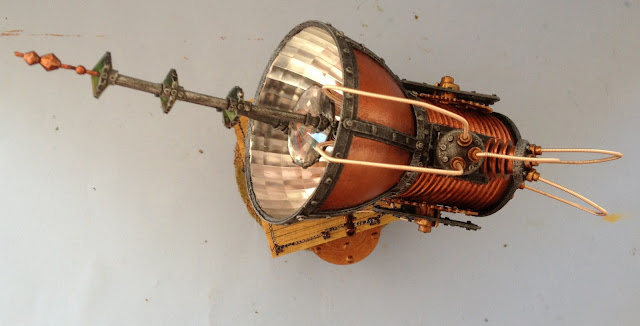 This is a true scratch-built model, being constructed from all sorts of junk: The main column is from an electric drill, while the reflector is from a broken floodlight. Crystals from a chandelier were used to create the focussing array. 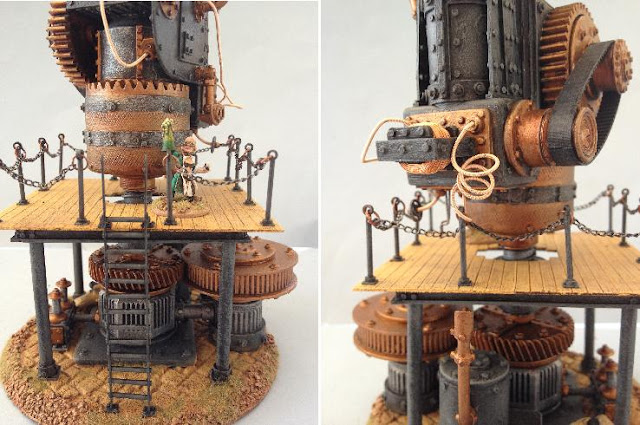 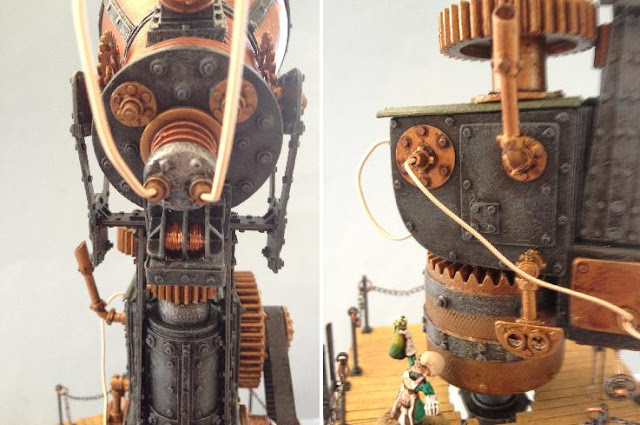 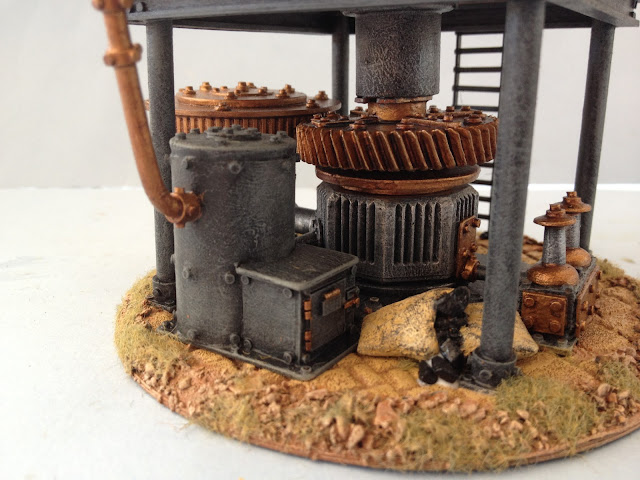 The creation of Professor Shandy Tanglefoot's Over-Compensatory Death-Ray of Doom occupied only one post: